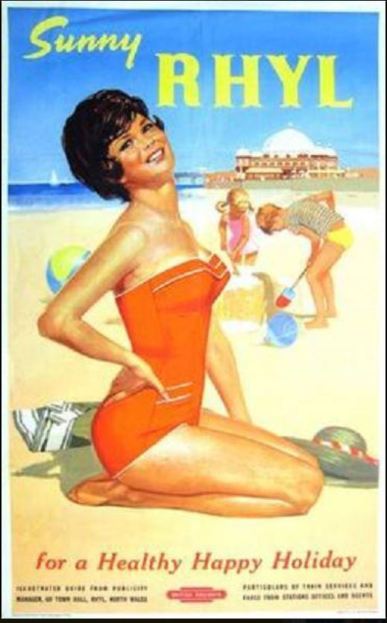 For a time before and after World War Two when the railways pushed very hard to transport people from their home towns to their holiday destinations. The golden time was when the legislation came in to give people paid holiday leave. 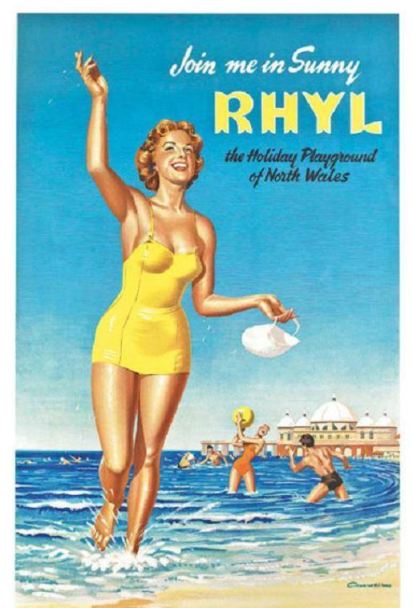 The major tool for this marketing was the stunningly attractive posters in vivid colours which would be displayed in stations inland. Here are some post war posters declaring the virtues of Rhyl as a holiday destination – they date from some time after 1948 which was when the nationalised British Railways were set up.

All the pictures are posed on the Rhyl beach in the West End given the orientation of the Pavilion Theatre in the pictures. They all may well have enjoyed a “Happy and Healthy” holiday, but as locals would be able to tell them, they were sitting uncomfortably close to the town sewage outlet pipe!

Rhyl was quite unusual in having a north facing beach – so to have the sun on your face all day, you’d need to face inland. Some of the shelters on the beach faced south and were known as the “south of France!”