Rhyl Promenade through the ages

For generations of people from throughout Great Britain the most familiar views of Rhyl relate to the Promenade and Beach.

Before the widespread ownership of cars, it was usual to arrive in Rhyl by railway excursion. Here a Stanier Black Five locomotive brings in an excursion in a summer in the fifties. We can tell it is an excursion by the W600 reporting number. This tells us it originated somewhere in the Western Region of BR and my money would be on one of the Birmingham stations. This would be good because it might be an engine off one of the Birmingham sheds, Aston, Bescot, Bournville or Tyseley. That might mean an engine we had not seen before – a cop to write down in our Ian Allen combined volume when we got home, for now it would be pencil or biro in our little notebook!  It is arriving mid-morning on Platform 2 of Rhyl station which was the down line.  A few years later it would have been met by me and a bevy of young rail enthusiasts. If you could put on your politest voice and the driver wasn’t behind schedule, you might be invited onto the footplate to stand in front of the roaring firebox and see the complicated array of levers, valves and gauges. The fireman might even let you swing the shovel to feed the fire. Too soon the signal would be pulled and you would be ushered off the footplate so that the train could resume its journey. If the rails were wet and the load was large, as the driver applied the power the wheels might spin, releasing a volcanic explosion of steam and ash out of the chimney and the oily, sulphurous beast would have to restart more carefully.

Within minutes another excursion would arrive at platform 2 or 3 and in the meantime you might have to sprint down the platform and over the bridge to try and “cab” a loco heading in the opposite direction. Trainspotting in a busy summer station like Rhyl certainly kept you fit with four through lines and seven platforms. 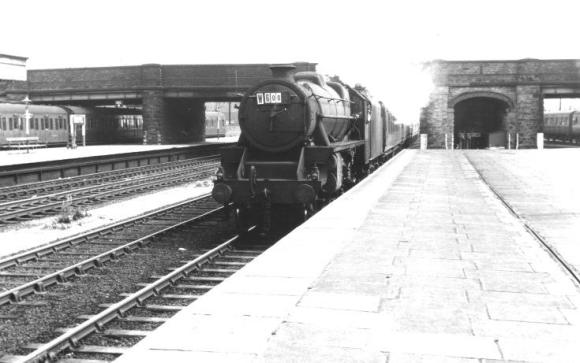 In Rhyl, it was simply a matter of walking out of the station and all the roads facing you led to the beach… 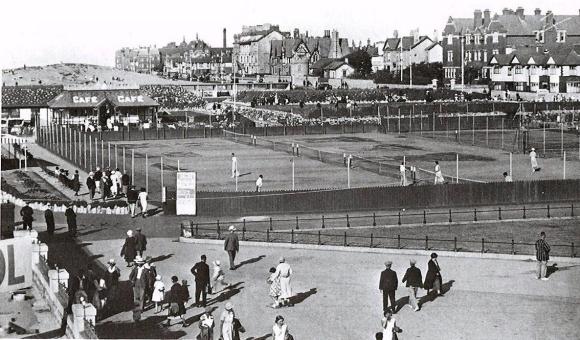 Guest houses extended most of the way along the promenade, with the exception of the slot palaces on the beginning of the West Parade. There was provision for a wide range of sports and pastimes on the promenade, from tennis and bowls to Crazy Gold, trampolining, skating and bicycle riding and swimming. In this photograph, probably taken in the interwar years, the sandhills are still in existence and provided hours of free fun. These were cleared at the end of the War and developed with sea defences. 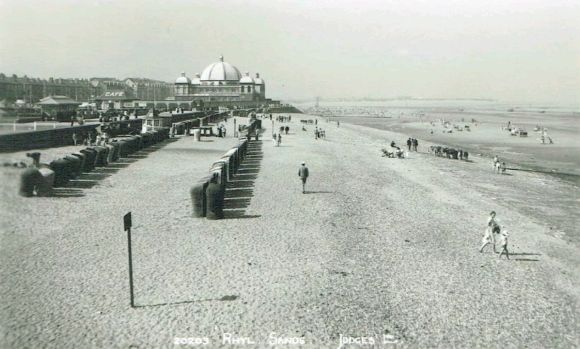 There were several miles of sandy golden beach and the tide went out about a mile so that gave plenty of room to swim, sunbathe and explore. Rhyl was an unusual seaside resort in that it faced north so if you wanted a full sun tan, you needed to face inland at some point!

A distinctive feature of the beach were these wicker work bathing chairs… most old Rhyl people can tell you the fun to be had by pulling two together and hiding inside! 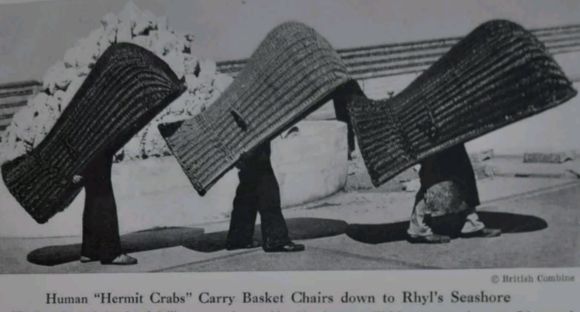 The daily migration of the wicker seats onto the beach! 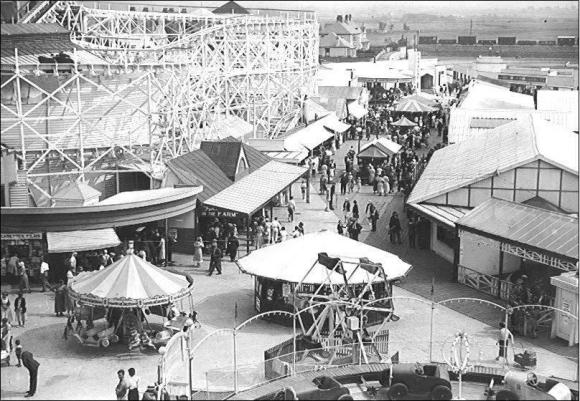 A highlight of the week in Rhyl for all children would be a visit to the Funfair, of which Rhyl had two: The Marine Lake – shown here, and across the road and leading up to the sea shore, the Ocean Beach.

The wooden structure within the confines of the Roller Coaster housed a raised track around which horses could be ridden… see the Reso for further details of my hair-raising escapades on both the horses and the roller coaster! 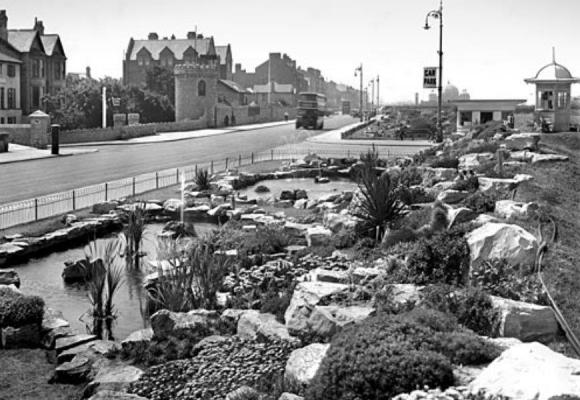 Rhyl was a pioneer in eco energy, at night there were illuminations along the promenade for a couple of hundred yards comprising lit up Disney characters – in all I doubt the whole display comprised more than 500 watts of electricity. Any disappointment with our illuminations, particularly when compared to Blackpool was made up for by our magnificent Pavilion Theatre… 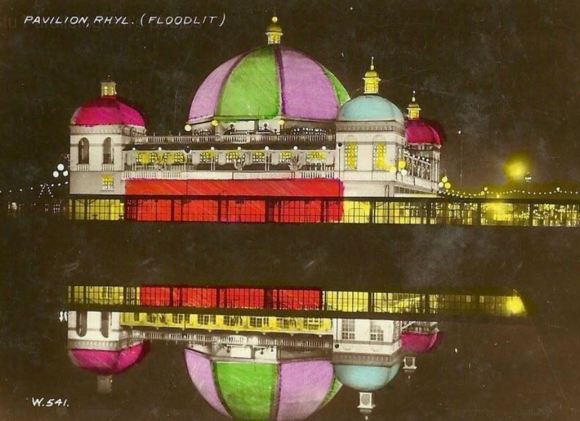