In the Reso I referred to a machine that stood on Rhyl Railway Station at the bottom of the footbridge stairs on Platform 1.

The machine was painted red and cream and for the princely sum of one penny it would stamp out, on a strip of aluminium, the letters you picked out which were arranged on a clock face. By moving the stout steel arm to the right letter you could press down on the handle on the right of the machine to have the letter embossed on your metal strip.

Many people I spoke to about the metal tag maker denied any knowledge of it and I began to think it was a figment of my imagination.

Luckily I came across one at York Railway Museum, as the Rhyl one disappeared off the station, together with a magnificent model of the Isle of Man steamer Lady of Man, at some point in the 1970s.

This picture shows just such a machine. Bum Titty Bum Bu was my childish attempt at being incredibly rude … it was thwarted because you only got 16 letters or spaces for your penny!  The picture shows the very machine sandwiched between a set of scales and one of the robust chocolate dispensing machines. They certainly don’t make them like that any more! Happy days! 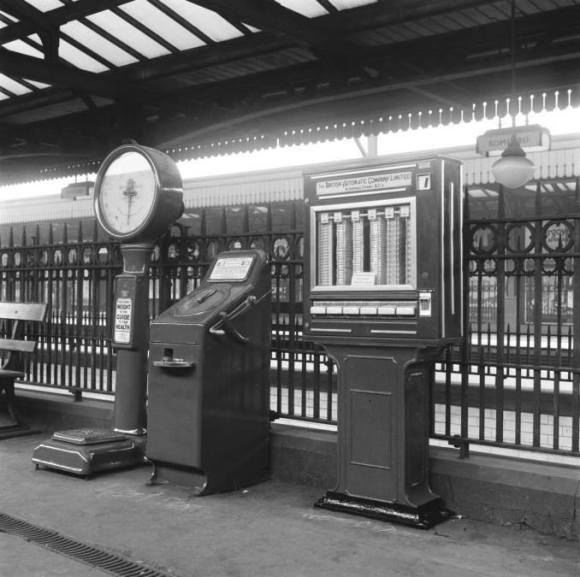