The Welsh Dragon! Who rode it?

For locals and tourists of a certain age, this will bring back memories of trips between Rhyl, Colwyn Bay and Llandudno. This was probably the shortest named train in Great Britain and the named train with the shortest distance to travel, barely 40 miles, there and back!

The train usually left from behind the signal box in the bay platform to the west end of the station. In this picture is, unusually departing for Llandudno from Platform 1 – the platform from which the Chester, London and Manchester trains departed. This was unusual because in the summer months, there was hardly time between scheduled and excursion trains to have any time to put this service in platform 1. Sometimes it departed from Platforms 2 or 3. 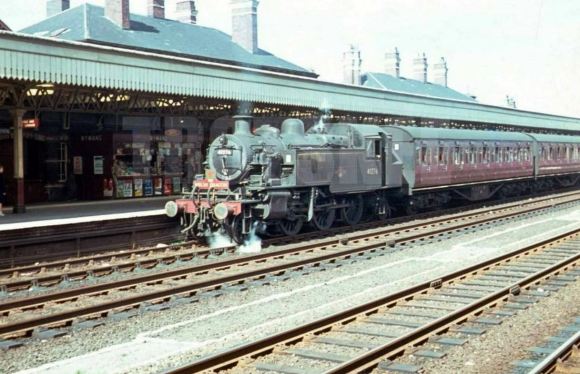 These next pictures show the train in the bay platform. As it was an auto train, it could be driven from either end and both ends of the train are shown here.

Here is the train on it’s journey… 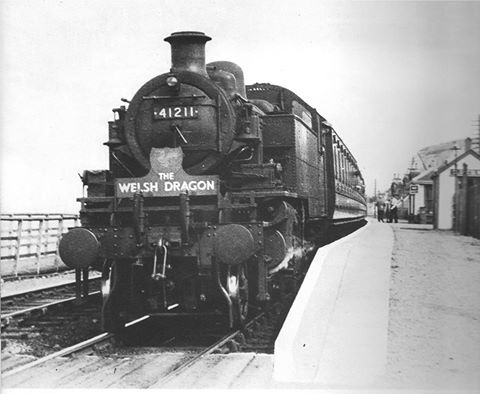 Here is an explanation of the service… 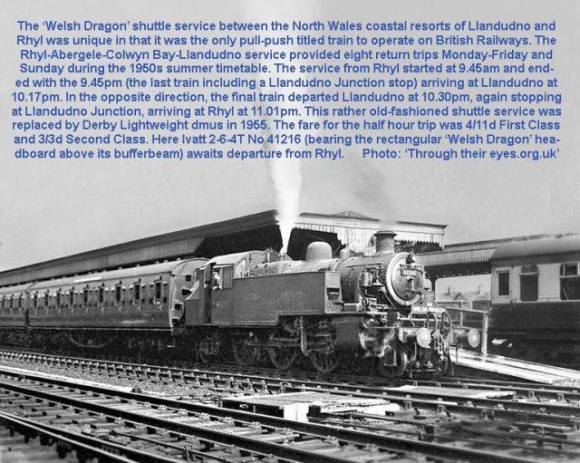 Please comment if you rode the Welsh Dragon and tell me all about it….